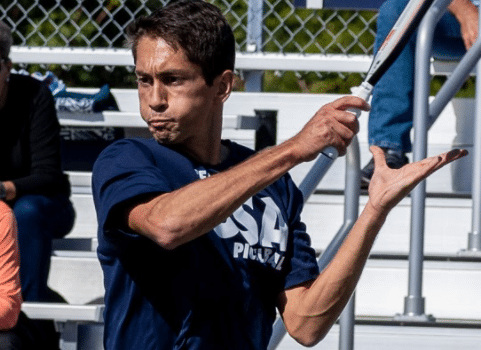 Pickleball has never been more popular than it is today. No one could have predicted that 55 years after the sport was invented by three dads looking to keep their children occupied during the summer months that pickleball would perennially be named the nation’s fastest growing sport. Pickleball grew in 2020 to 4.2 million players in the U.S., for a growth rate of 21.3% compared to the previous year, according to the Sports & Fitness Industry Association’s (SFIA).

Younger players and tournaments continue to emerge, as does a surge of new construction of pickleball courts and facilities at tennis clubs and public parks.

Here are recent trends happening in the world of pickleball:

Trend 1) The spin-serving controversy. Years ago, table tennis enforced an “open palm” or open hand serve as players were taking advantage of huge spins coming from the toss of the serve. In professional pickleball events, a similar trend has emerged with players spinning the ball before contact on the serve. Watch Morgan Evans spin serve in action here: https://youtu.be/e5a6BirqS6M. By adding more spin on the toss, you generate more spin on the serve.

That led to the new 2021 ruling which states, “Contact with the ball must not be made above the waist.” Many feel that it’s not in the spirit of the game to start a point utilizing such spin as players have become better at disguising their spin serves, which leads to an unnatural kick in either direction upon the bounce of the ball.

Zane Navratil’s “Chain Serve” has received huge amounts of attention, and led to him creating this 90-second video to explain his serve: https://www.youtube.com/watch?v=TgihSyh9_Kw

“The serve is kind of neglected a little bit in pickleball,” Navartil says in the video. “It’s one of the few shots, if not the only shot, where you can have complete control over. So, I think it’s important to do something a little offensive with your serve and that’s why I’m experimenting with new methods.

One of those new methods includes “carrying” the ball on the paddle to generate spin and not tossing it above the waist upon contact.

The spin-serve debate will continue as the trend gains steam and enters the recreational world of pickleball.

Trend 2) Using the lob as a weapon while standing in front of the kitchen line. In the beginning it was all about keeping the ball low, even at the kitchen line. But a trend has emerged where players are utilizing an offensive lob and elevating the pickleball cross court and out of reach of your opponent to keep him away from the net and “re-set” the point. Players are finding new ways to win points and it will be interesting to see if more offensive shots like this continue as a trend.

Trend 3) Athlete-agent representation, major sponsorship deals, and advertising opportunities for star players. Ben Johns has become the face of pickleball. “He’s on another level than all the others,” says one pickleball industry insider. “He’s everywhere and I think you will continue to see more and more players faces on products that are not just related to pickleball brands and gear.”

As international media exposure grows, so too will professional players placing their likeness on pickleball equipment. The sport is seeing widespread exposure from digital and social media outlets dedicated exclusively to pickleball. If you’ve ever attended a professional pickleball event you will see rows and rows of tents promoting all the latest pickleball gear and accessories, as well as energy bars and drinks.

Trend 4) Scoring changes. New players to the sport often complain the scoring is hard to keep track of. Even some pro-level players have been known to lose track of whose serve it is or what the score is. Could that lead to a scoring change in the future? Major discussions are ongoing about an easier scoring method. In addition, with a new television deal in place with ESPN+, there is no way to predict how long a match will last as a point is only earned when a team wins a point on their serve. According to one source, one of the ideas being proposed is a scoring format where you are awarded a point on a winning serve, as well as a point returning serve.

So how does one keep up with these trends and more? Do a search for pickleball on your favorite social media sites like Facebook, Instagram and Tik-Tok. Become a member of USA Pickleball and receive a monthly newsletter. Websites like www.PickleballChannel.com, www.thedink.com, and www.pickleballmax.com are great resources to follow along all of the trends.

Steve Pratt is the co-owner of RacquetWire.com, and is a regular content contributor to Racquet-Pros.com.